The Four Organic Laws of The United States of America

The IRS Understanding of the Federal Income Tax

Can people delegate authority to the "State" to enforce taxation, authority that they do not have themselves? This and other taxation issues are discussed here.
Post Reply
1 post • Page 1 of 1

The IRS Understanding of the Federal Income Tax

Most people fear the power of the IRS. However, a little understanding may calm some of the anxiety.
The Internal Revenue Service presents a summary version of the federal income tax in its glossary to UNDERSTANDING TAXES,

The IRS hides its interpretation of Sixteenth Amendment in its definition of a direct tax: “A tax that cannot be shifted to others, such as the federal income tax.” The IRS bases its authority to tax personal incomes on the Sixteenth Amendment: “The Congress shall have power to lay and collect taxes on incomes, from whatever source derived, without apportionment among the several states, and without regard to any census or enumeration.” The IRS interprets the Sixteenth Amendment as permitting an un-apportioned direct tax on personal incomes. Such an interpretation depends on the absence of the comma after the word “incomes.” The grammatical insertion of that comma shifts the modification of the prepositional phrase, “from whatever source derived,” to the, “power to lay and collect taxes on incomes.” The Sixteenth Amendment confirms the power of “the Congress” and not “a Congress” to impose excises and direct taxes on incomes earned within the United States, the territory belonging to the United States of America. As employer of the national federal workforce, “the Congress” may tax the personal incomes of its officers and employees, as it has since the Act of July 1, 1862, 12 St. at L. 432. 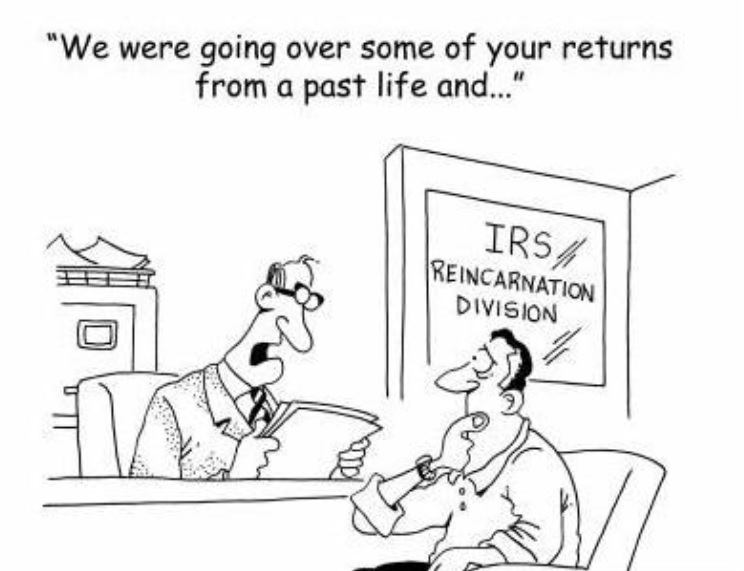 The IRS glossary definition of an “indirect tax” confirms the use of deception in its explanation of taxes. “A tax that can be shifted to others, such as business property taxes.” All property taxes are direct taxes as the amount of the tax is measured by the value of the property taxed. Businesses shift all expenses including property taxes to their customers, so their ability to shift their expenses does not change the nature of the taxes they pay. The indirect taxes, such as excises on the making of products containing tobacco or alcohol, are measured by the units of those products. The glossary’s definition of a "sales tax” also indicates an attempt to misstate the character of another tax in common use: “A tax on retail products based on a set percentage of retail cost.” The sales tax is in fact an excise tax on the privilege of selling products at retail. The tax is based on the contention that the sale is made by a licensed retailer on federal territory. Practically all activities on federal territory are subject to taxation.

The words and terms defined in the IRS UNDERSTANDING TAXES GLOSSARY demonstrates the efforts of all governments to reconstruct the four taxes set out in Article I, Section 8, Clause 1 of the Constitution: “Taxes, Duties, Imposts and Excises.” Excises are IRS defined as “Transaction taxes” in the Glossary as, “Taxes on economic transactions, such as the sale of goods and services. These can be based on a set of percentages of the sales value (ad valorem-sales taxes), or they can be a set amount on physical quantities (“per unit”-gasoline taxes).” Excises no longer collected by the IRS are referred to as “sin tax,” “A tax on goods such as tobacco and alcohol.”

The IRS claims the federal income tax is a direct tax that is not subject to constitutional “apportionment among the several States” according to a “Census or Enumeration” previously taken, because the Sixteenth Amendment empowers “the Congress” to tax all the people’s incomes and all the incomes derived from property. This interpretation of the Sixteenth Amendment requires that amendment to be rewritten without the comma after the word “incomes.” Even with that omission any tax on incomes must still conform to the limitations placed on direct or indirect taxes no matter the source of the power to tax. This is the Sixteenth Amendment without the comma after the word “incomes:” “The Congress shall have power to lay and collect taxes on incomes from whatever source derived, without apportionment among the several States, and without regard to any census or enumeration.”

Removal of the comma after “incomes” allows the prepositional phrase “from whatever source derived” to modify “incomes” rather than the “power to lay and collect taxes on incomes.” “The Congress” has, as proprietor of the United States, and all the powers of taxation set out in Article I, Section 8, Clause 1, plus the power to tax all governments salaries. The student should practice reading aloud the Sixteenth Amendment with and without the comma after the word “incomes.” To learn more about law and government, go to www.organiclaws.org

Dr. Eduardo M. Rivera
1 Corinthians 1:18 "For the word of the cross is foolishness to those who are perishing, but to us who are being saved it is the power of God."
Top
Post Reply
1 post • Page 1 of 1